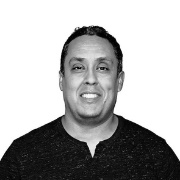 Back in October, we spent some time with Microsoft to build some technology to help find Missing Children in Canada and ideally around the world. This was a collaboration with Missing Children Society of Canada, City of Calgary, Calgary Police Services who provided ‘what we were building’ and the problem we were trying to solve. RedBit and Microsoft provided the technical expertise to build a solution within a weekend to attempt to solve this problem.

For more information on the technical background and RedBit’s participation, see our technology summary on the Xamarin application coming soon. This article will cover what we built, some processes we went through and finally the results.

There were many groups involved in building a solution, but RedBit’s main responsibility was building out the Xamarin client for iOS, Android and Windows.

The Xamarin development was lead by myself (Mark Arteaga) a Microsoft MVP, Xamarin University Trainer and using the Xamarin platform since 2010.

Invited to help with the development were members of Silicon Halton Tech Under 20 specifically Denys Linkov and Mohammed Eseifan who are first year university students. Also invited to participate was Microsoft Student Partner Taha Hasan Ubaid.

With any project, key is to have the subject matter experts and this is Missing Children Society of Canada, City of Calgary, Calgary Police Services who helped us understand the ‘why’ and ‘what’.

In Canada 45,000 children go missing every year and 150 of these cases are abductions. Of those 150 only 6 AMBER Alerts are issued because it has to adhere to very strict criteria to be issued.

Missing Children Society of Canada has been around for the past 30yrs helping provide support for families with missing children. They also help coordinate with media, law enforcement and various community groups to find children that have gone missing.

Now there are systems in place for the 150 and the use of tech is being used such as the Most Valuable Network. But this is only for 150 kids, what about the other 30,000+ children that go missing?

The weekend hack consisted of trying to address this problem. The 30,000+ children that are not abducted could have been lured away via social media, can be runaways but are still in potential danger. What we built tries to address children being lured away through social media.

As a father of three, I was thrilled to be a part of this to try and make some sort of difference with technology in the world.

With the problem defined, we started determining what needs to be done. With any project at RedBit, we start with a design session to figure out what exactly needs to be built.  The following key items were determined.

We determined that users would have to opt-in to have their social media monitored. As a kid aged 10-18, it would be difficult to convince them to opt-in so educating parents, community leaders would have to be done to talk to children about internet safety and tools around to help them. It’s like before the internet days, where you and your parents had a ‘code word’ if someone was to pick you up from school, if they had the wrong ‘code word’ you didn’t go. This would be another mechanism and tool that hopefully would never have to be enabled.

To enable the system, we decided that a user would have to opt-in, and if they felt like they were in danger they would put something on social media with a certain hashtag.

Take the scenario where a young girl or boy meets a stranger from social media for ‘coffee’. If the person doesn’t feel safe, he or she can put something on social media with a hashtag of #HFM which stands for Help Find Me. My first thought was ‘what kid is going to be able to tweet when they are being abducted!?’

After talking to people who deal with this all the time usually meetings are in a public setting and they may have an opportunity to put something out there. Adding the #HFM hashtag will enable the system and notify appropriate parties.

It was a simple application that consisted of

With this we had a good idea of what the APIs needed to provide and what the Xamarin mobile app needed to display. Here is a high level architecture of the system that was to be built.

At this point we understood the user needs, the technology required, what to focus on and we were ready to build a prototype.

With problem defined and technology requirements defined we were ready to build. The RedBit team focused on getting the Xamarin app up and running and connected to a backend NodeJS REST API system. Within the weekend we were able to successfully build a Xamarin app for iOS, Android and Windows for users investigating cases. Other members of the team where able to retrieve social media content from registered users and enable the system if the #HFM hashtag was triggered on registered users. This data was then displayed in the Xamarin app.

Once we finished building we validated the solution with Missing Children Society of Canada, City of Calgary, Calgary Police Services who provided feedback during the design session and during the build.  Although we did not get everything we wanted completed we did get amazing feedback and the best feedback was “it’s a great first step and can use it in the future as it’s built out more”.

Considering we had 3days to try and solve a really big problem I think it’s an amazing first step and validated the technology can possibly work!

I’m really excited to part of an amazing hack with an amazing team of people for trying to solve a real problem in our world. As a long time developer, it’s great to use technology to help make a difference in our world. This is the first step but not the last!

How to build a simple Webpack loader to incorporate YAML files in your builds.